After attending the very glamorous Family Network Awards in London's Hampton by Hilton, Tara was awarded the Business Mum of the Year 2019 Highly Commended Award. This was such an amazing experience and Tara is extremely humbled and proud to have received the award

Tara was extremely honoured to be named a finalist for the Business Mum of the Year 2019 in the Family Network Awards. The awards ceremony takes place on 23rd March 2019 and so we will let you know how she gets on.

We were very excited to learn that Jacqueline Gold had chosen us as the Women in Business #WOW winners. It's a fantastic achievement

Kaeden was invited to the Federation Of Small Business Awards 2018 for the Yorkshire and Humber regions a VIP. He was asked to present the award for the Family Business of the Year 2018. This is Kaeden being interviewed about the nomination.

Kaeden and I were also nominated for an award in the Federation of Small Business Awards. We were extremely overwhelmed to be named winners of the Triumph over Adversity Award. This means that we are also put through to the National Finals in London which take place on May 3rd 2018. We are very excited and will of course let you know how we get on.

I travelled down to Birmingham to attend the SBS Event 2018. At the event I received our winners certificate from Theo Paphitis. Ryan, partner and Kaeden's Dad, came along to the awards too. This is him in the picture with Theo and I. It was a great event, very inspiring with lots of wonderful and useful information. 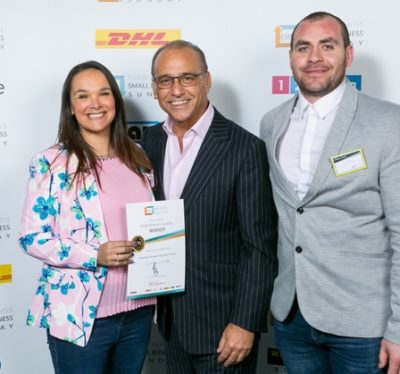 We were named finalists in the New Start Business of the Year 2018 by the Yorkshire Choice Awards. This indeed is an amazing achievement. The award ceremony was on Friday 13th April, we didn't win however we were named as a finalist in our category which is truly amazing.

We visited the one and only number 10 Downing Street along with the other amazing 99 small businesses who were chosen by Small Business Saturday. 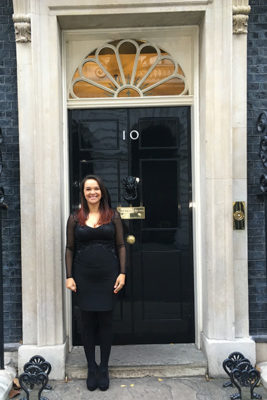 One of the most amazing accolades to date is being chosen by Small Business Saturday UK as one of the top 100 businesses. As part of this we will be showcased on September 9th 2017. www.smallbusinesssaturdayuk.com

We were and still are honoured to have won Theo Paphitis' Small Business Sunday. We are now listed in the official #SBS winners directory on Theo's website www.theopaphitissbs.co.uk

We won the prestigious #Twittersisters award on Twitter. This meant that the lovely people who run the award promoted our business for a week.

We were selected as the winners of #tweetursis whilst networking on Twitter. The support we have gained on Twitter from this has been amazing.

We have learnt so much from a fabulous networking page, called Hike Those Likes Market Place, on Facebook and so we were extremely proud when we won the first Biz Winner of the Week award for 2017.

We were extremely honoured to be crowned the Queen of Children's Teepees by The Royal Connection. We are also listed on their website too visit www.royalconnection.co.uk and take a look in the winner's directory.